The main purpose of CAPT Institute is to provide the most effective training and advice to our athletes. The soccer world is very complex and we believe knowledge, planning and preparation is necessary to achieve success. This case study is not for the faint of heart as the competition is brutal, it is extremely hard to get the right opportunities and the bureocracy can be overwhelming and frustrating.

That is why if you decide you want to be an elite soccer player, there are certain things you need know before you enter the race. That is why CAPT Institute brings you this case profile in which we provide you with an honest and realistic “guide” on how this player achieved his goals with the right support.

Many people may think that Ian had devoted all his time to playing one sport. That is not the case. As a father of three boys and as a former athlete, I wanted my boys to live their childhood without any pressure on what to do to entertain themselves, but I did want them to use their time and youth in a productive way.

They were given choices of what to do with their time with the only purpose of allowing them to do something that brought them happiness. Between the ages of 6 and 9, they played basketball, baseball, football, soccer, judo, piano, saxophone and paining classes, chorus, etc. They had a lot of time and energy and we let them choose whatever they wanted to participate in.

TIPS FOR THE FUN STAGE 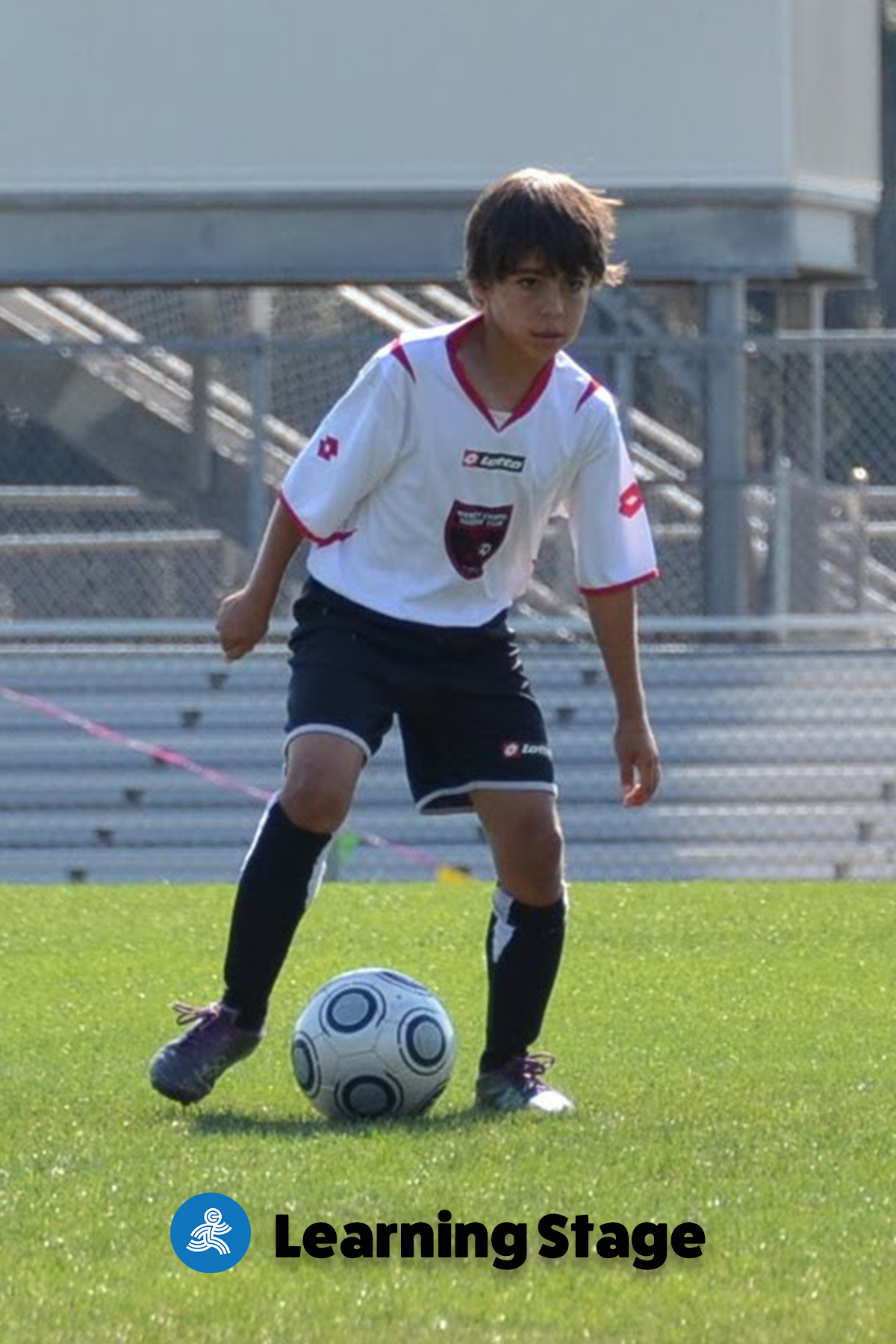 There will come a time where you might get a request from your kid: “I only want to play soccer”. In Ian’s case, after devoting many hours to multiple activities, soccer provided him with the most fun. At this point, he was 10 years old and was playing recreational soccer at the Wesley Chapel Athletic Association (WCAA). He was coached by volunteer parents and had a lot of fun, enough to decide he wanted to spend all his free time playing soccer.

I also knew that if he wanted to dedicate more time to soccer, he would have to find a more competitive alternative. He was one of those kids that scored 8 goals in a game. It was obvious that he was outstanding in a recreational league and he had the touch, but it was time he play at a higher level. I decdided to enroll him in an academy program with the Wesley Chapel Flames.

At the WCAA Academy program, they had a group of players that practiced more days per week, and received a different type of training. The emphasis was different. It focused more on learning the game and the skills necessary to become a good player. Once again, it was not about wins, goals or assists. It was about learning the game.

TIPS FOR THE RECREATIONAL STAGE 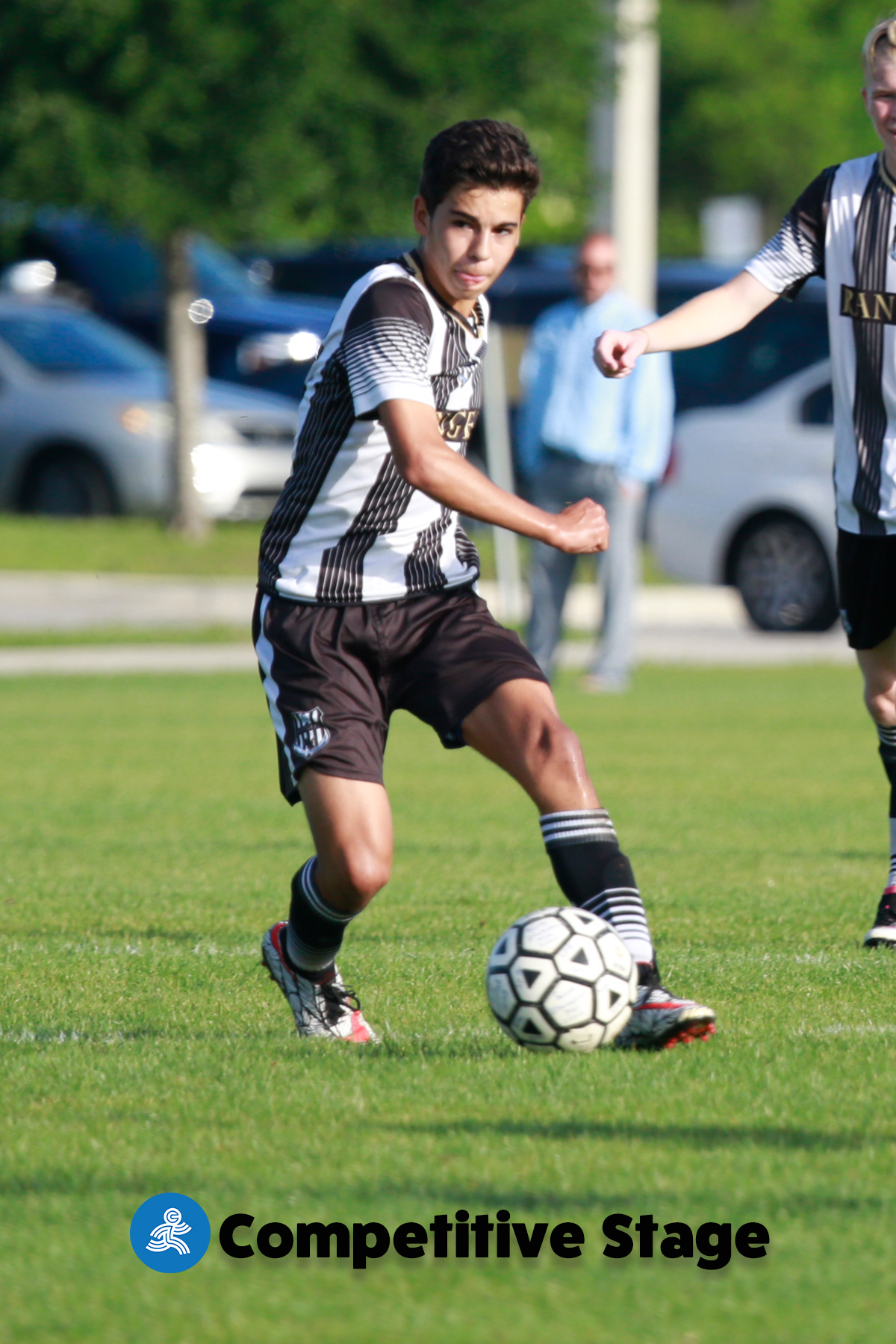 Ian became a succesful player at the Academy level. He was being coached by someone who was a highly qualified and experienced in soccer. Altin Ndrita, became a mentor to him and made him the best player he could be at that age. Ian had the physical skills, but now he became very smart on the pitch. He understood the game, he channeled his emotions and became a leader.

Then something amazing happened. Coach Ndrita decided that Ian had to leave the team he coached. He believed Ian needed to go prove himself at the next level. As a parent, you need to find coaches like that. You want honest coaches that will be unselfish and that values the well being of the player above anything else. Those coaches are hard to find. Coach Ndrita suggested Ian play with another club that played in a more competitive league. Ian decided he would try out for the FC Tampa Rangers when he was 12 years old.

Ian’s skills were appreciated by the Club Director and his new coach and he made the team. This was a significant move because his coach, Sean Coniglio was a former player and really knew how to teach strategy, helping Ian become an intelligent soccer player. All of a sudden, soccer took a very competitive meaning and Ian started to play against the best teams statewide. Byt htis time, Ian was 150% dedicated to soccer as a sport, had fun playing it, had learned how to play multiple positions the right way, knew strategies and knew how to lead a team on and off the field.

TIPS FOR THE COMPETITIVE STAGE 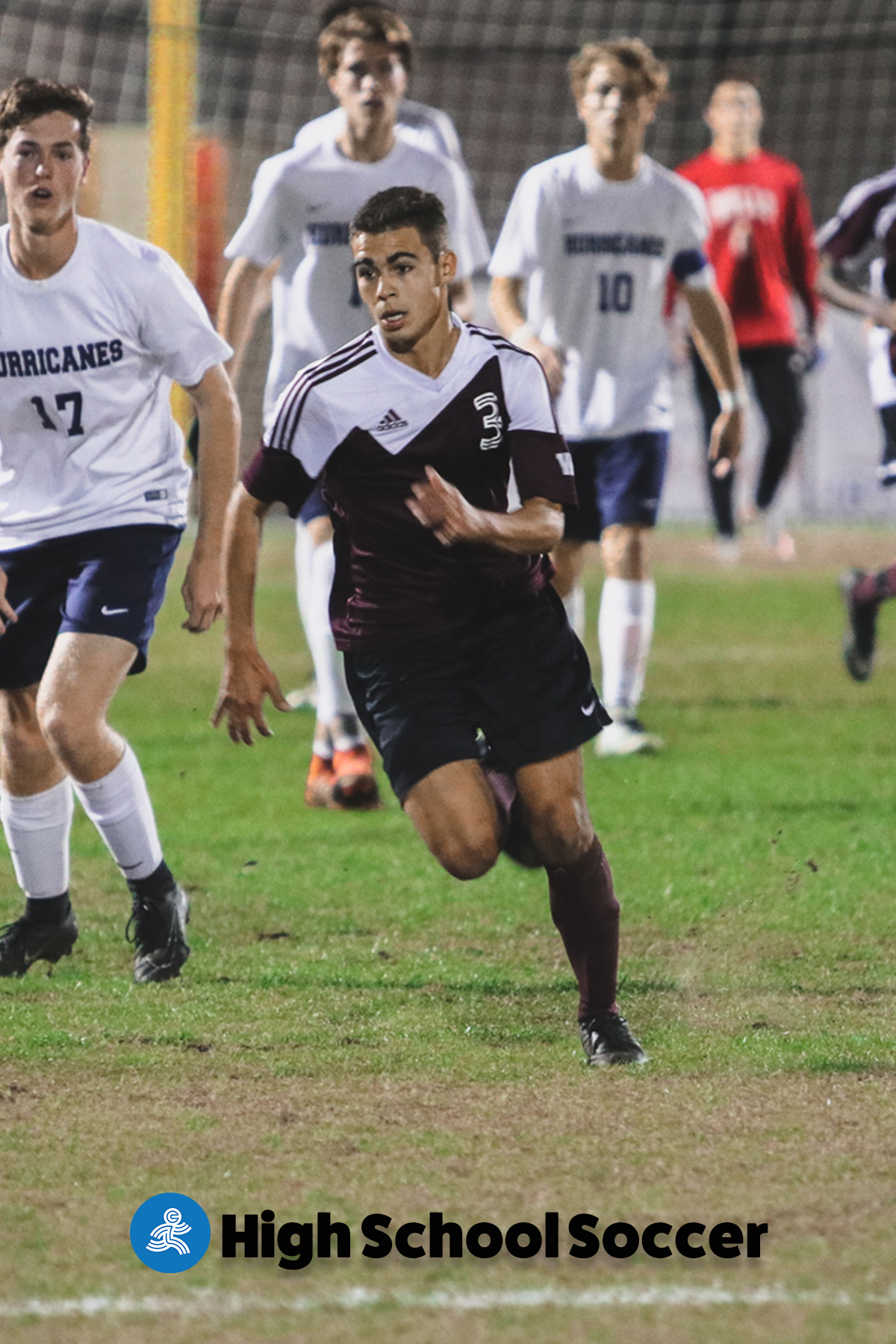 There are many people that criticize High School Soccer. They may say the quality of coaching and playing is not good. That will depend of the school that you attend and the experience of the coaching staff. Truth is there are extremely good teams but also not so good ones. Talented players may easily get frustrated by having to pause in the middle of their competitive season to play in a team filled with non-competitive players.

High School soccer can provide great training, playing and amazing experiences. Unfortunately, to be part of a succesful High School team, you need to be a bit lucky. Either you live in a place where there’s a lot of players with talent attending the same high school, or you can afford a private institution with good soccer programs. The key to get the most out of the season is to be in a team with good players, playing against great teams and have the adequate coaching.

In Ian’s case, he was blessed to be in an extraordinary and very competitive program. One big advantage of High School soccer is that some programs practice every day, which is not possible to do in a club. Should a player participate in High School soccer? Definitely. Will he improve his skills and play? Depends on the skills and committment of the coach.

TIPS FOR THE HIGH SCHOOL STAGE